How Trophies Are Made

Trophies are awards that are given during sports contests, work events, or academic ceremonies. These trophies prove that the person or team has beaten others in a particular contest. Most often, trophies include an element that is associated with the contest, for instance, it could be sports equipment, a figure, or an animal. They are concrete evidence of excellence and are very meaningful to the recipients. Trophies, medals, plaques, and awards are proudly displayed in schools, offices, and homes.

The cost of trophies varies, some are less expensive while others are priceless. Trophies can be unique, just like the Stanley Cup given every year to the National Hockey League’s champion. Or they could be made of molded plastic figures which are less expensive and can be mass-produced. Regardless of its cost, each trophy is treated like a treasure.

During the early days, trophies usually have a metal or wooden base, and the top is made of metal. Nowadays, trophies are made of molded colored plastic to make them look like brass, silver, or gold. The components of trophies are typically manufactured in factories, then assembled by dealers who sell them to consumers.

That is why there is a vast array of components that can be purchased. As a result, retailers/dealers can create a unique award that meets the needs of every customer. For instance, trophies can be in gold-tone, silver-tone, or clear plastic. The bases can either be made of marble or wood. The figures placed on top of the trophies can be in different forms such as pistol marksmen, Irish step dancers, saleswomen in suit attire, bait casters, women’s lacrosse, and many more.

Even during ancient times, trophies have been used for honoring victories. Tropaion is the Greek word for trophy, which means to rout. Trophies in ancient Greece represent victory in war. Usually, they are built on the battlefield, particularly in the area where the enemies were defeated. Sometimes trophies can be in the form of captured arms and hung over a tree.

Or it could be a huge stake built to look like the figure of a warrior. The details of the battle were written on these trophies. Furthermore, these trophies were dedicated to gods. The entire ships are considered naval trophies and were displayed on the nearest beach to signify the conquest. If a trophy is deliberately destroyed, then it is considered a sacrilege since it was given as a tribute to God.

However, for the ancient Romans, they preferred to keep their trophies near their home. So, rather than having a tribute to the gods and champions in the area of victory, the Romans built special trophies in Rome. Most often, these wonderful trophies incorporate arches and columns on top of a foundation.

During the Middle Ages, there was less information about trophies or awards. In the 1600s, two-handled cups or chalices were awarded to winners of sporting events. In 1699, an elegant two-handled sterling cup was awarded to the winner of a horse race in New England. It was created by silversmith Jesse Kyp and is known as the Kyp Cup. Chalices are generally intended for sports events and were typically made in silver and awarded to the winners of boating, horse racing, and automobile racing. 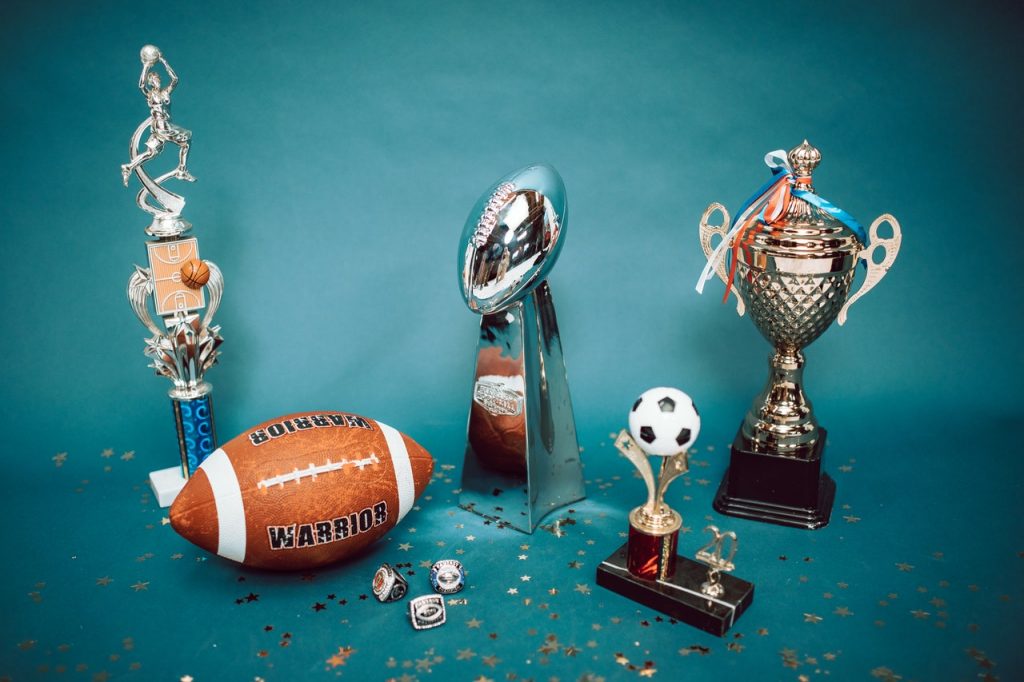 Awards that are intended for sports are often in the form of a cup. For instance, the champion of the National Hockey League in 1894 was awarded a Stanley Cup, the Davis Cup was first awarded in 1900 to the champion of major tennis competitions, while the World Cup was given to outstanding male and female alpine skiers since 1967.

Trophies can be awarded more often since it’s getting to be less expensive because they can be manufactured from plastic. Additionally, there are different varieties of figures to choose from. The three basic forms of trophies are the silver-colored or gold-colored figure on top of the base, the clear plastic figure over the base, and the rectangular pedestal that is adorned with words or graphics on the plastic base.

Trophies are frequently manufactured from plastic. One trophy might include various types. To give a metallic color to the figurine, hot-stamp metallic foils are being used. To make trophies stronger, metal studs are placed, and gypsum is embedded into the base.

Trophies are not designed as a whole piece, rather, they are broken into various parts that have distinct designs. The person who assembles the trophy will then select individual parts in building a trophy. The first thing to consider is the base where the entire trophy will be placed. Usually, this is made of plastic and resembles wood or marble. Generally, bases can either be tiered, sculpted, crescent, or in any special form.

The next thing to consider is the column. This refers to the vertical object where the figurine will be placed. Sometimes another tier can also be placed, and this will hold the figurine. The column can either be an imitation marble, plain metal, or holographs. Another important component is the riser, which refers to the decorative element found between the columns. The recipient’s rank, first, second, or third will be indicated in the riser. In some trophies, another tier is placed on top of the column. Lastly, the figurine will be placed on top of everything. 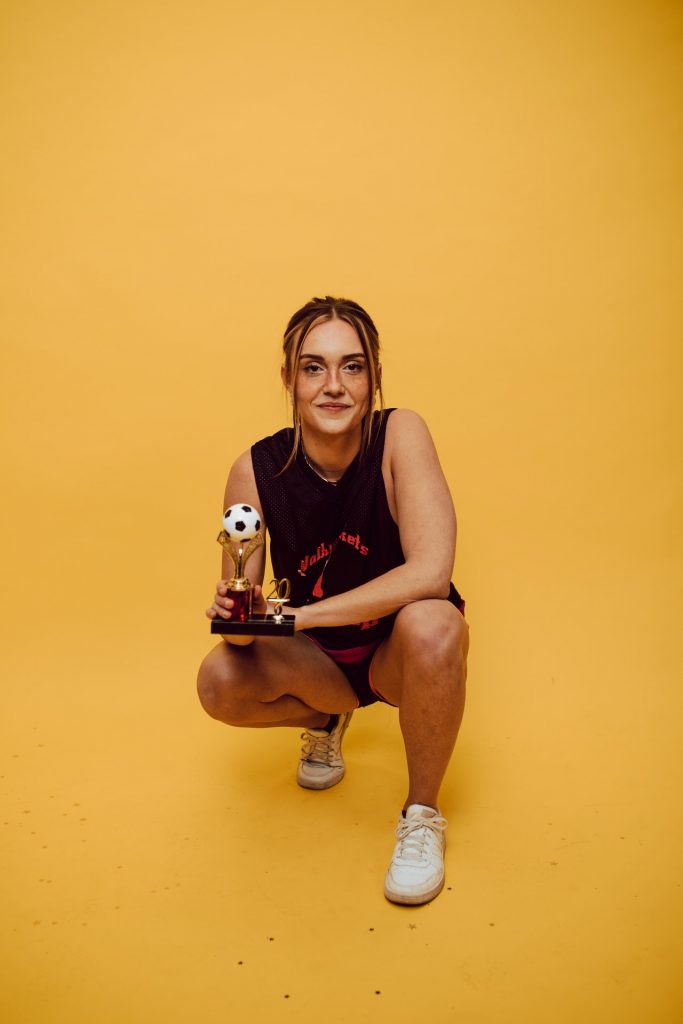 According to trophy manufacturers, the design process is composed of four parts. The first is to talk to customers, the second is to come up with new ideas, the third is to create the idea physically or visually, and lastly, to accomplish some models for testing. The production department will talk to the consumers first. They will get some ideas on what parts are popular, modifications that need to be done, requirements of the figurine that are not reflected, and so on.

Market research will be done to gather customer recommendations. Afterward, product developers will examine these needs and think of the possibilities for modified components. The most brilliant ideas will then be discussed among developers who can turn the idea into reality. The group will consist of design engineers, conceptual designers, graphic artists, and sculptors. They will either create a sculpture or a drawing of the figurine or riser to have a clear visual of the idea.

Once the committee approved the concept, the die will be created for the new plastic component. A flat die will be used if the component is not tooled. The proper material for the component will be chosen based on endurance and its purpose. A committee will then evaluate the new design according to manufacturing difficulty, endurance, design aesthetic, tooling requirements, and decoration.

In case there is an issue in any of these areas, then the component will be returned for reevaluation. One of the major concerns is the ease of manufacturing. Reevaluation and modifications could take up to four weeks. Once everything is approved, then mass production for the new component will begin.

How Trophies Are Manufactured

Different components of the trophy are manufactured in different ways. These parts are either forced out through a die or molded using a steel die. Most of the components including the base, riser, and figurine are done by injection molding.

Molding a plastic component requires a continuous flow of plastic pellets on the automatic feeder system. An extraordinary pressure will be used against a die when molding trophy figures, risers, and bases. To create different components of a trophy, these machines should be loaded with lots of plastic pellets.

These molding machines are equipped with specially designed steel dies which are quite expensive. The machines will melt the plastic pellets and turn them into a liquid. With the use of extensive pressure against the die, trophy figures, risers, and bases will be formed. The dies can create up to 12 parts of a single design for every cycle. However, the quantity will likely vary depending on the size of the component.

The operator of the machine will also be the one overseeing the production. To ensure the stability and strength of the component, a metal stud is embedded into the body of each figure. Most large manufacturers of trophies are operating at least forty molding machines which are running six days a week. 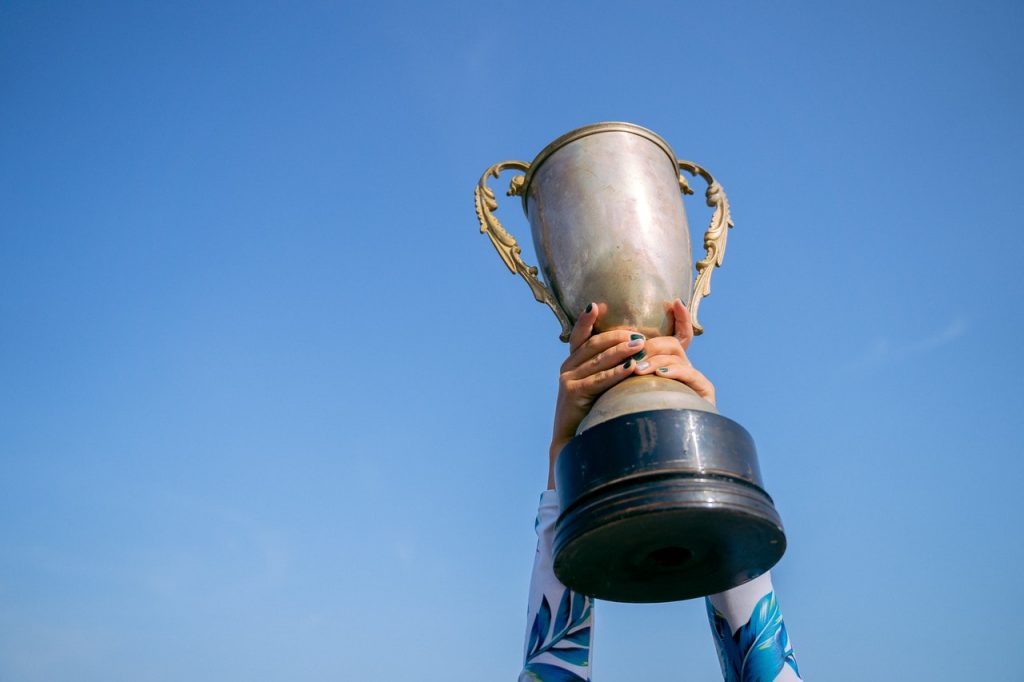 To provide sufficient weight on the base without using a lot of brittle plastic, the bases should be filled with gypsum. Figurines that do not require gold-tone or silver-tone finish will be forced through the machine and will then be assembled by the retailers. On the other hand, figures that require a metal finish will be placed into the hot stamp foil machine. Topcoat will be applied to the figures, then metal foil will be heated and pressed into the component. Similarly, those components that require metal or colored finish will be decorated in the same manner. Once all the processes are done, they will be taken away from the machine, then placed in a box, ready to be shipped out to the assemblers.

No comments to show.